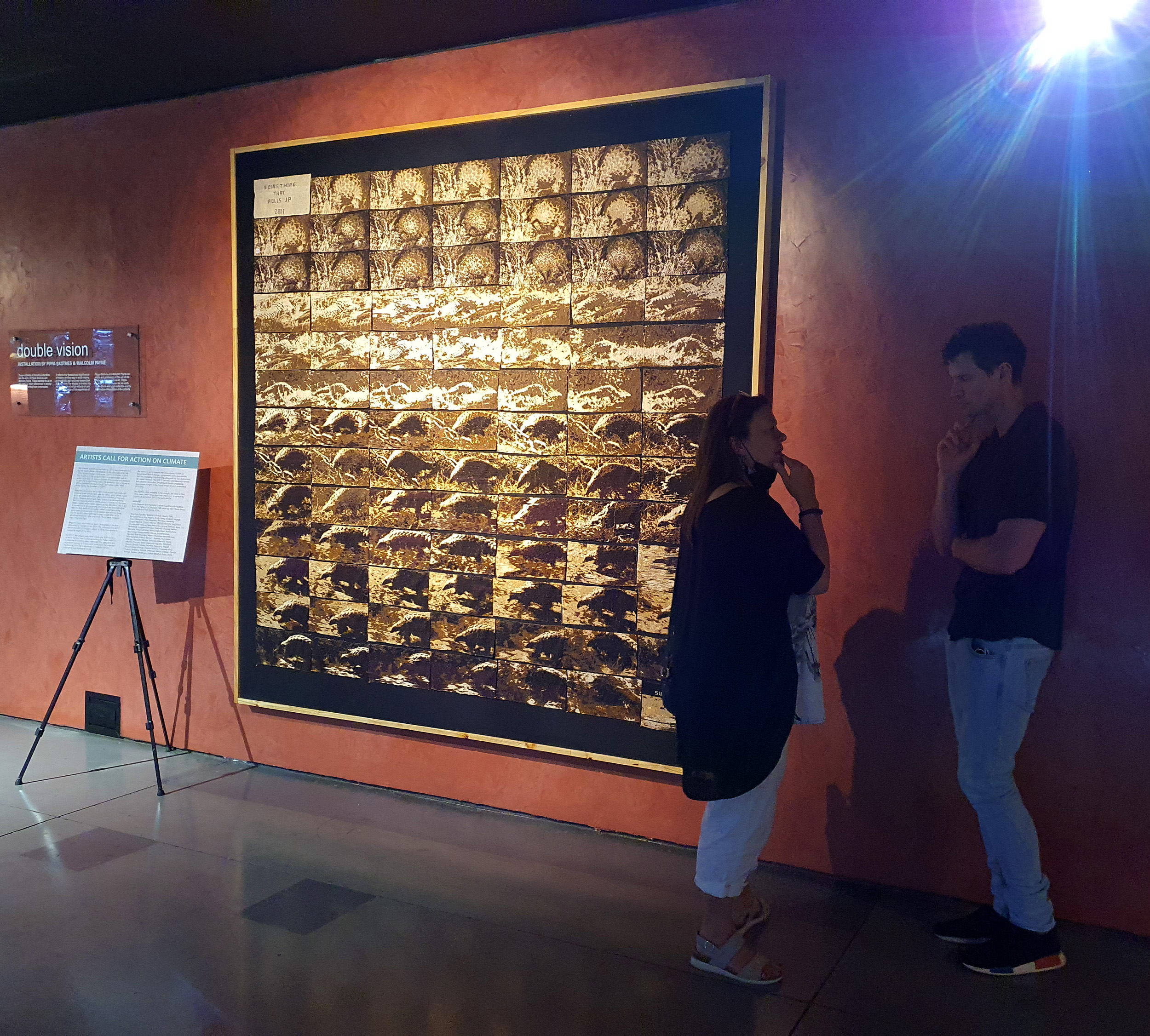 Something that rolls up

This bead work was commissioned by the Department of Arts and Culture in 2011 for the 17th Climate Change Conference – COP17. The unrolling of the pangolin from an impenetrable ball of scales, a position of defence, to one of movement and freedom was captured in stop frame video. This animation was achieved by adding panels of beaded artwork, each pixel a glass bead, projected for the duration of the COP17.

Pangolins are amongst the world’s most ancient mammals, with ancestral forms dating back over 60 million years. When curled up in self-defence the body and scales resemble a Fibonacci spiral which it shares with many plants. It is unsurprising that this mammal with scales has become deeply nested within belief systems across Africa and Asia; revered for its temperament, unique and transformative features. But, while the pangolin’s defence mechanism contributed to its success and veneration as a species, today it is the world’s most trafficked animal, sought after for its perceived medicinal value and meat. These trade networks span Africa and Asia.

At COP17, this bead work contributed to a discourse around biomimicry – humans looking to nature to find solutions. The pangolin’s problem solving and innovative skills symbolised a positive way toward addressing issues around climate change.

We have chosen to feature this piece again during COP26 to foreground lack of change,
the unrepentant anthropocentrism and the unyielding consumption, disregard and destruction of natural habitat. 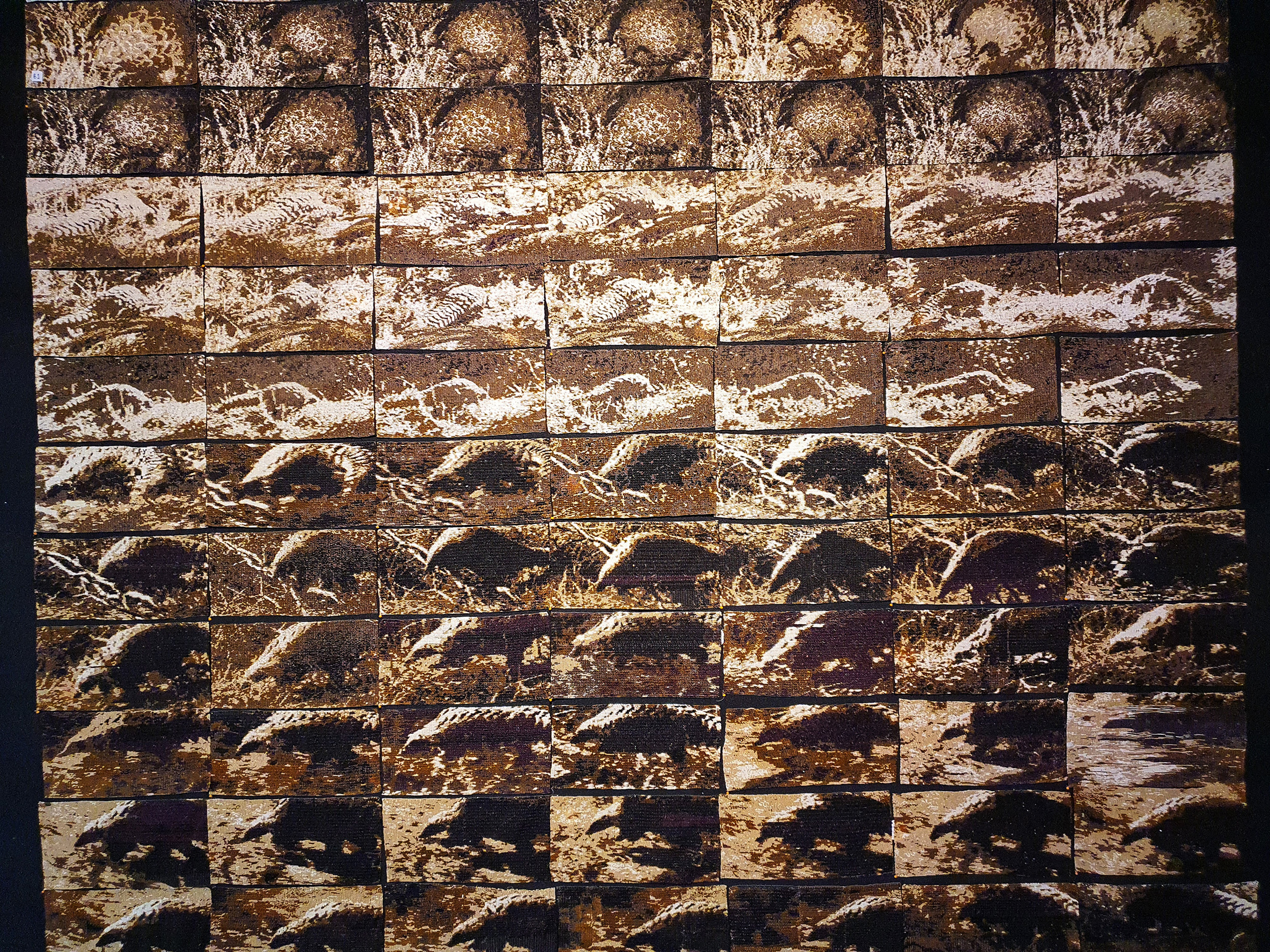 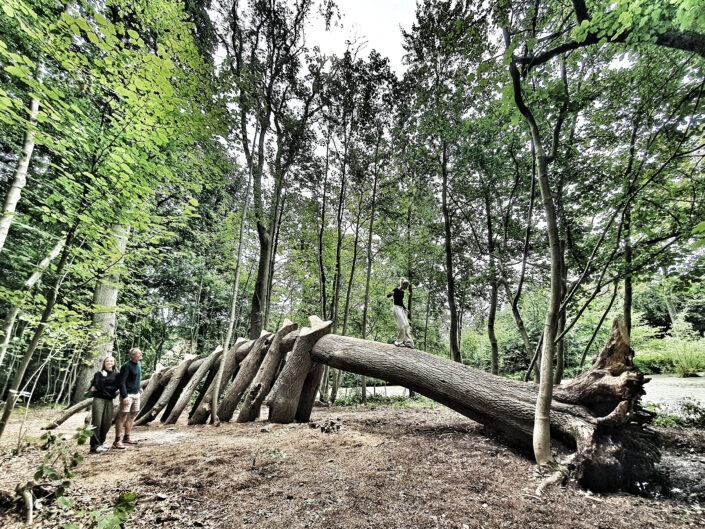 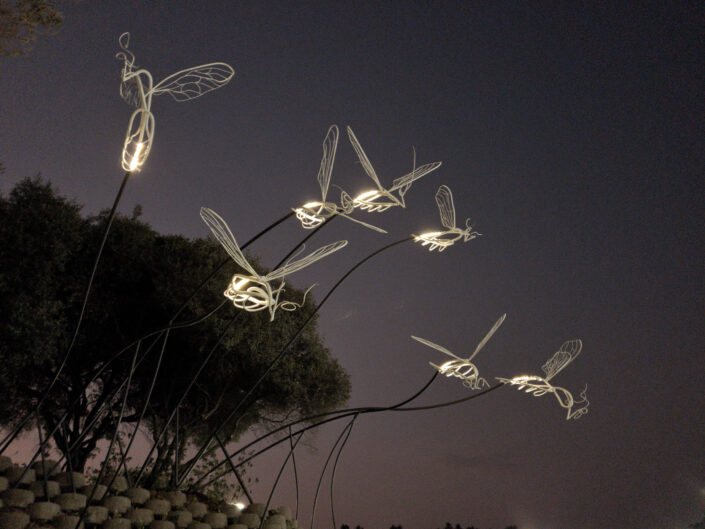 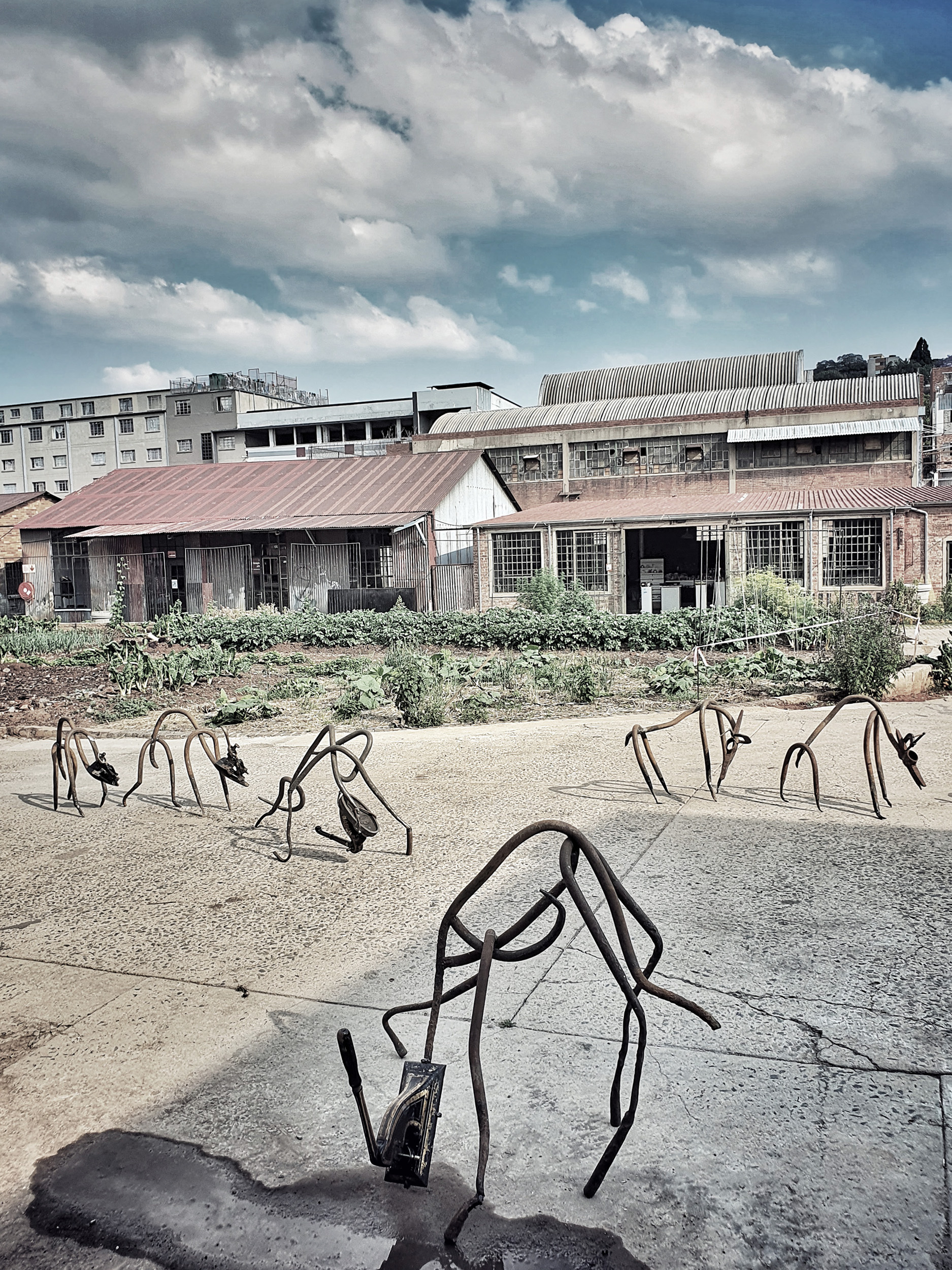