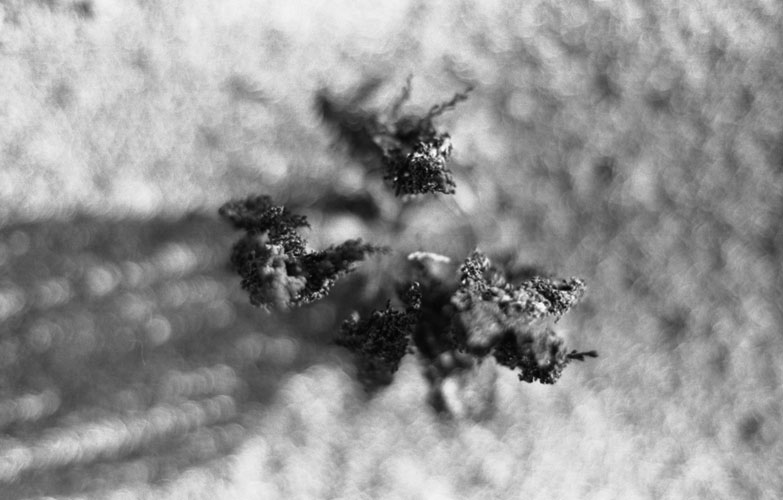 ….Coetzee’s offering consists of 10 big silver prints that hover suspended from the ceiling. The subjects are bushes or shrubs from arid regions like the Karoo or the North West Province. These bear fascinating names and characteristics, such as Draaibossie or Resurrection plant, which does exactly that when doused with water.

The images have a common modus operandi and present a central area in focus with the surroundings slipping into a blur.

She achieves this by using a long focus lens that establishes a minimum depth of field. Technically, it is quite a feat to print effectively at these sizes. It required raising the enlarger into the roof of her studio while positioning the paper on the floor.

There is an unsettling quality to these works as well. They remind one of eyes with pupils and the possibilities of peripheral vision. The viewer concentrates on the part in focus but is drawn into the dissolving chaos that encircles it. The perception is encouraged by the man-sized scale of the work. The relationship between viewer and object becomes ambivalent, questioning who is being observed.

This raises interesting questions as traditionally photography is seen as a means of recording reality, which translates into the separation of space and object. In this case, ‘space’ has become entangled with object.

…..Photoza has mounted an impressive show with these two photographers, whose work is technically excellent and mentally stimulating.