Hannelie Coetzee was commissioned by City Property in 2018 to build a 10-story mural artwork. It was to be one of the biggest public art works in Johannnesburg at 166m2, built with 2000+ plates.

She had spotted the blue plates at a Johannesburg pottery a decade ago and kept it in the back of her mind. When she was commissioned she selected monochromatic blue and turquoise crockery plates, saucers, bowls etc. from various Joburg potteries and ceramic factories and cut disks from shards found in their backyard trash piles.

Tal, a leading tile adhesive company, prepared 2.6 tons of bespoke charcoal adhesive. A team of about 50 technical advisers collaborated to engineer the art work on the façade of North City House, Braamfontein.

As per her established practice, Hannelie Coetzee a) draws inspiration from in-depth research and b) implements a site responsive strand of thought that she has honed as an artist.

The Ndzundza/Nzunza Ndebele lived in the Highveld from the 1630’s until the late 1600’s. Like the spirit of Johannesburg today they embraced a cultural inclusivity which often welcomed other ethnicities, such as Swazi and Zulu (p46. Forgotten World, Wits Press). Traces of this inclusive lifestyle were discovered on pottery that dated from the 17th century and through oral history research. That explains the use of crockery as the medium and Braamfontein as the perfect location.

Coetzee also studied a recent graduate architectural thesis focusing on hair salons in the city which brought to her attention how older traditional hairstyles are serving as inspiration for current, trendy hairstyles. The author of the thesis also shortlisted the trendiest hairstyle Instagrammers for Coetzee to consider.

The Ndzundza/Nzunza Portrait, celebrates how hairstyles from different cultures are being rewoven and expressed in new and current ways.

Coetzee’s team of experts and artisans were mostly women. From the client liaison, electrical engineer to the mosaic artists and assistants. That is why it is being unveiled on the 9th of August on Women’s day. 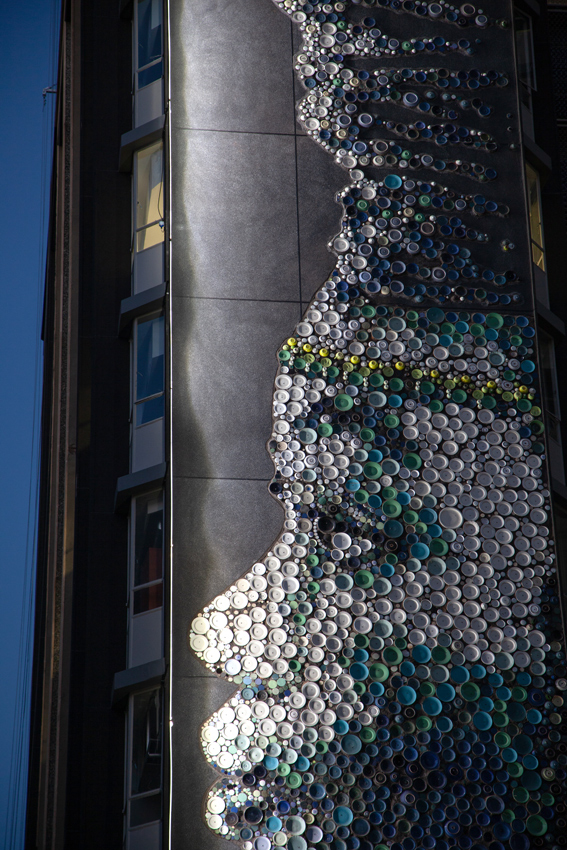 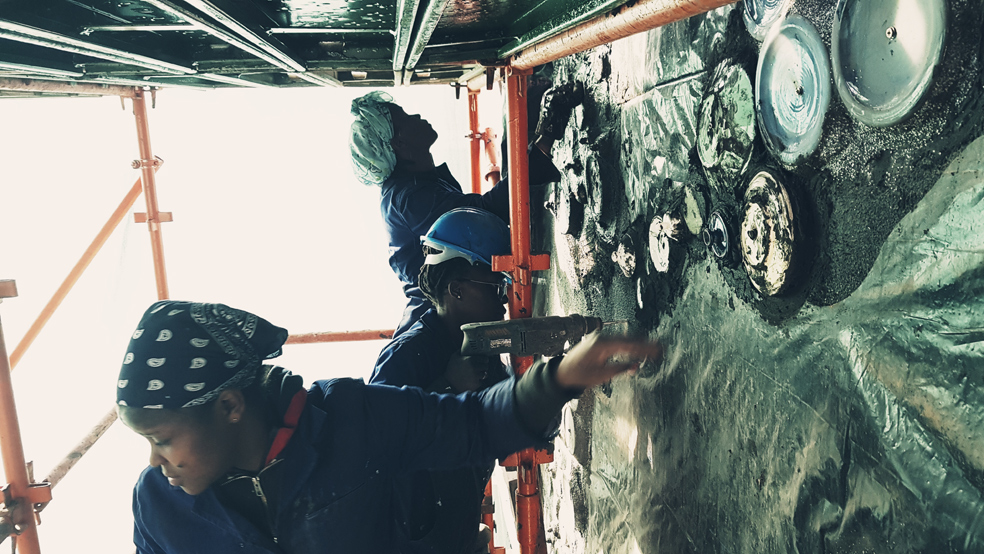 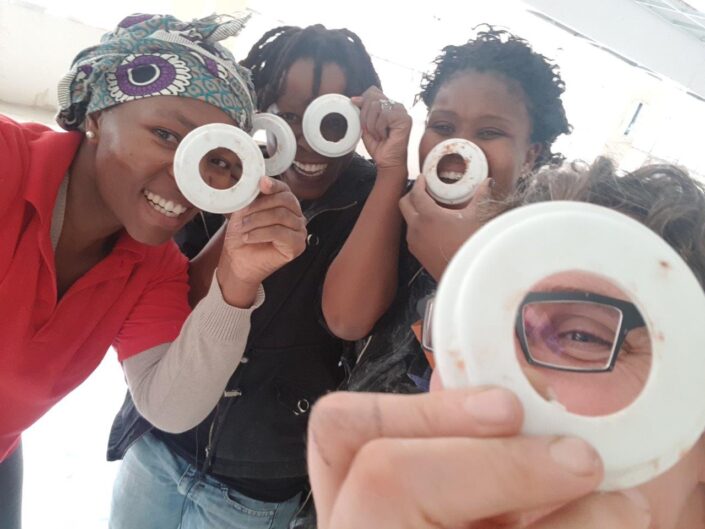 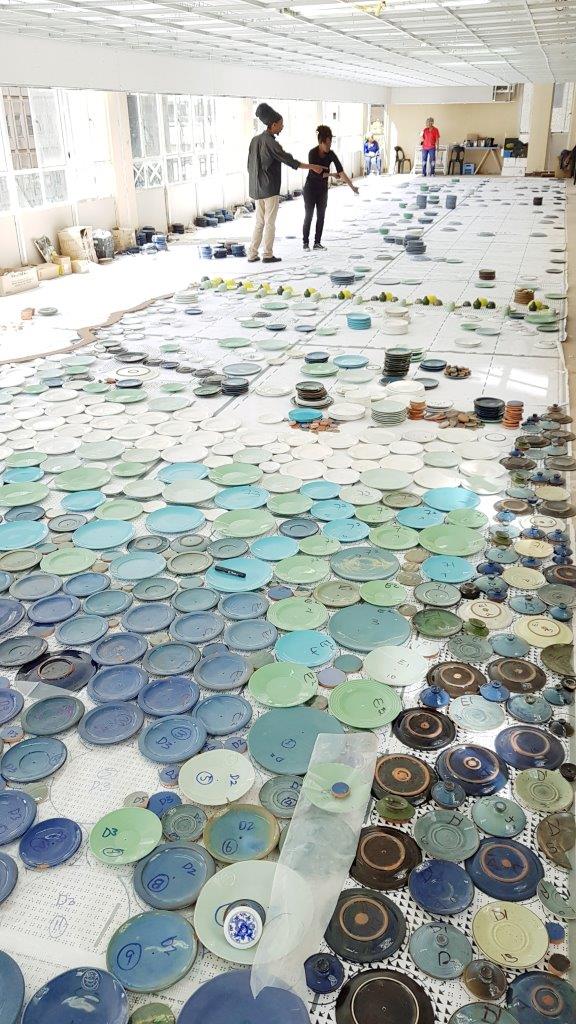 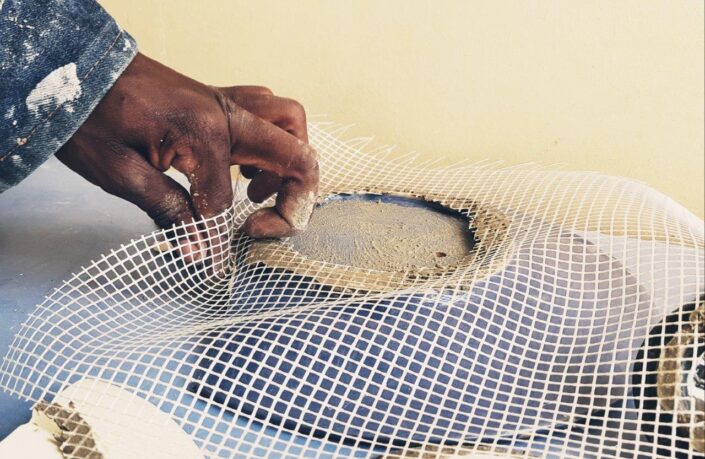 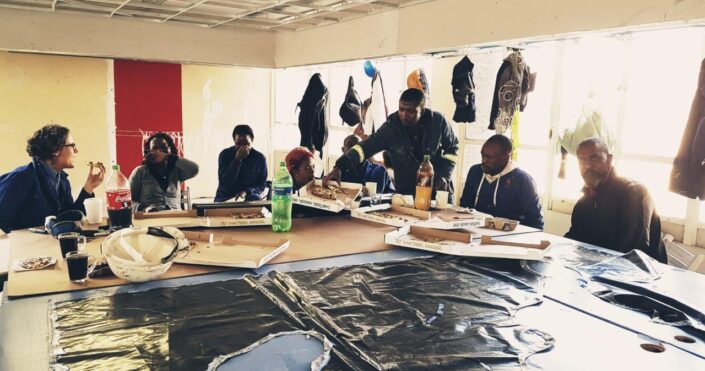 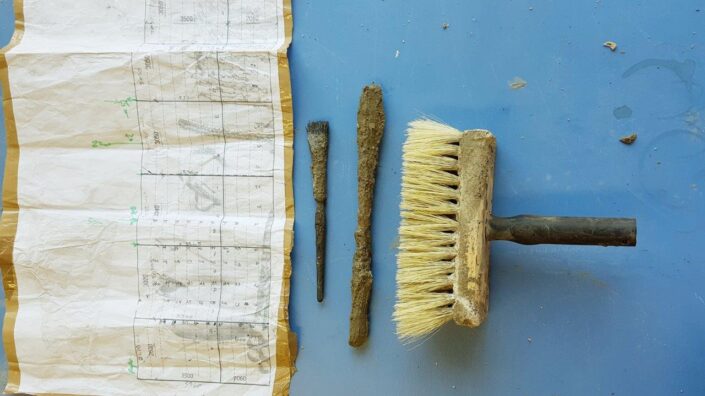 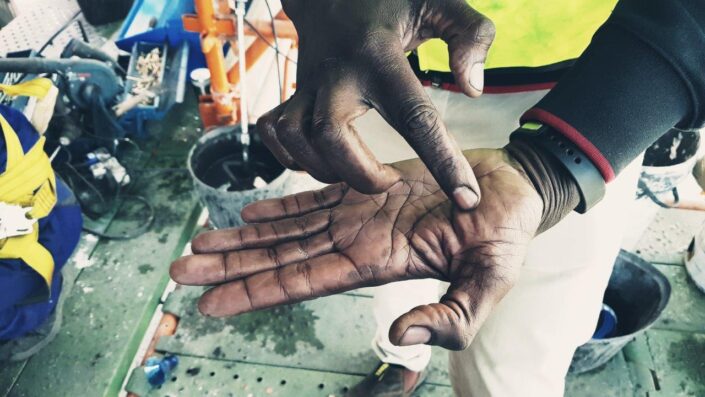 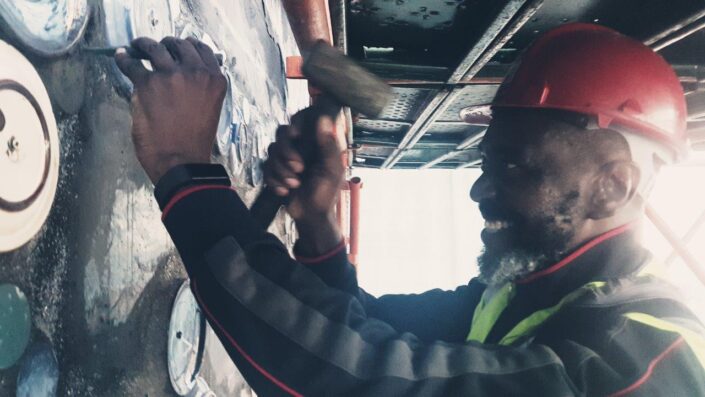 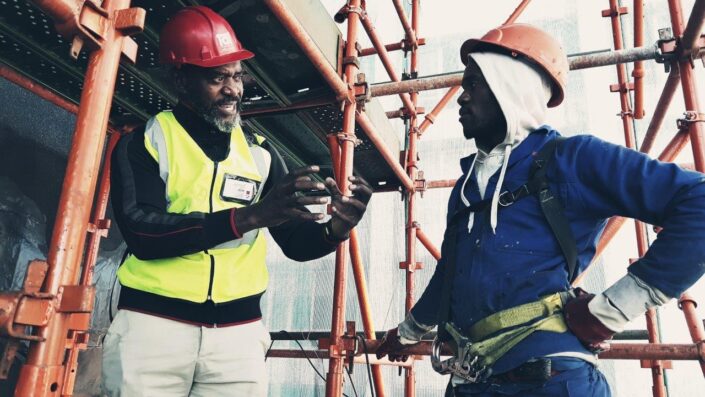 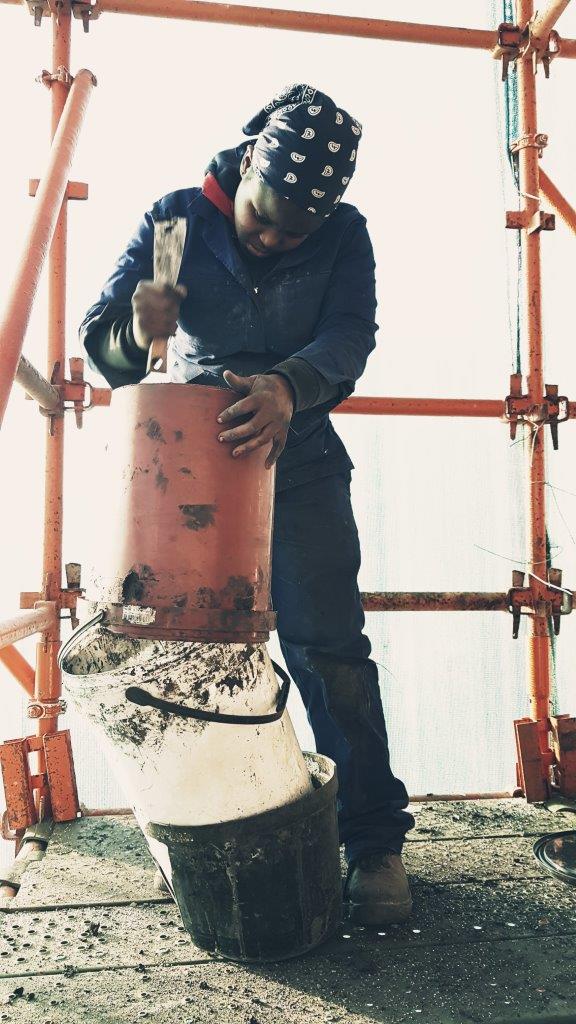 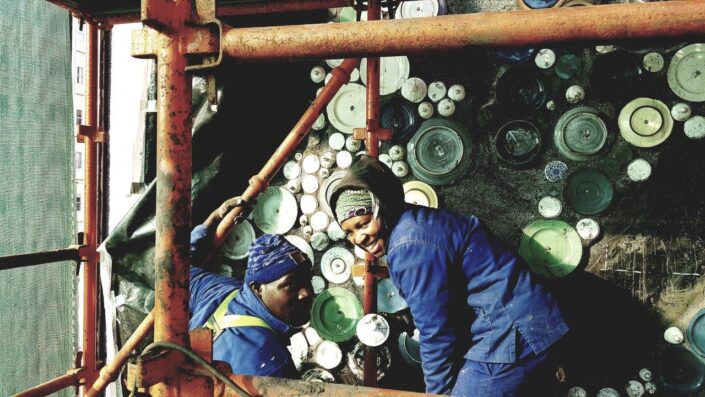 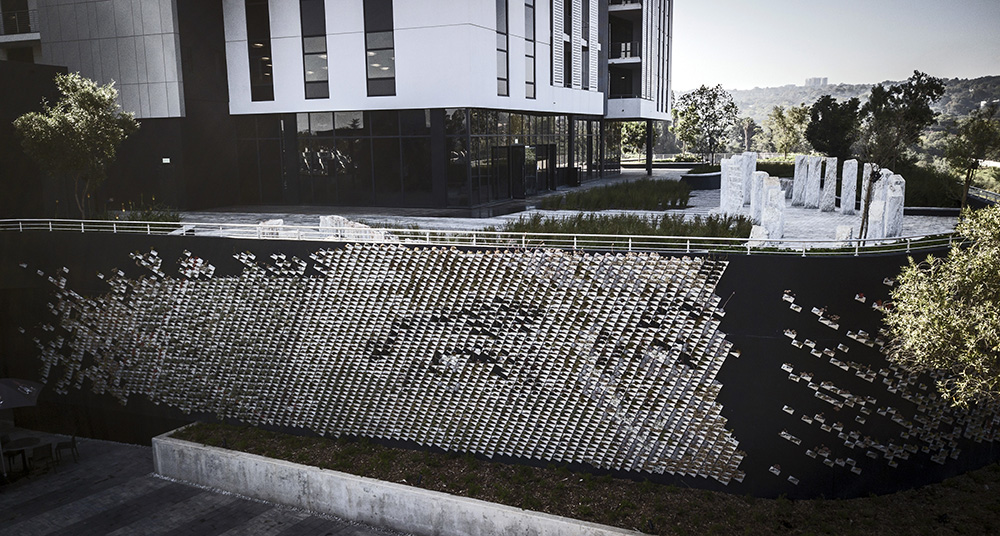 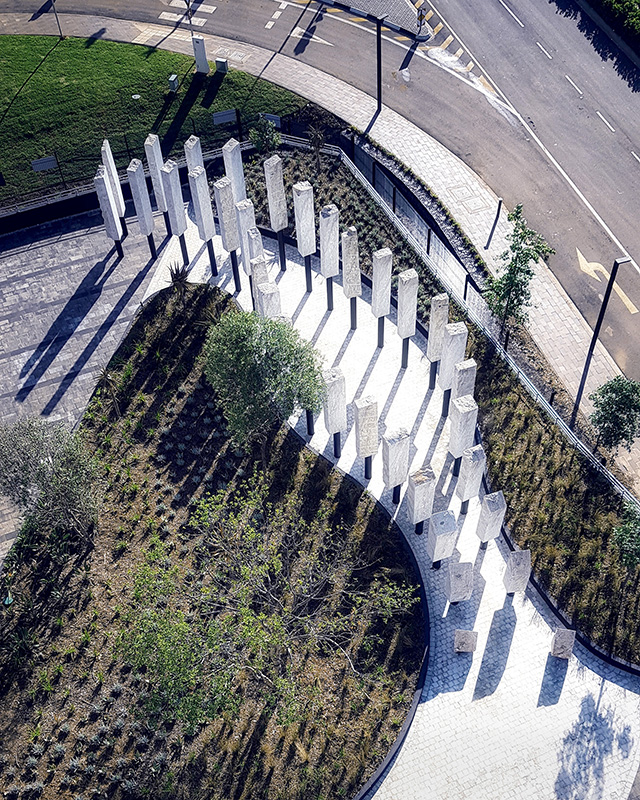