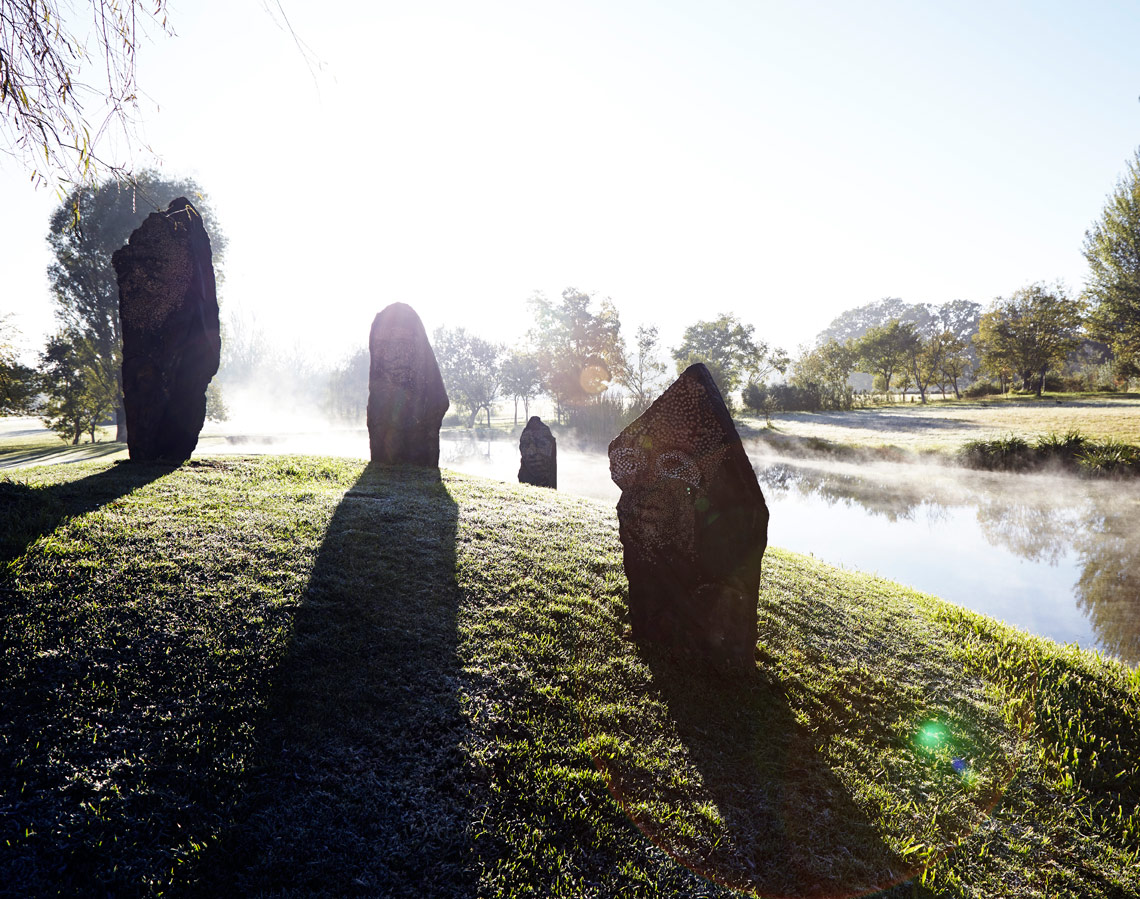 Artists Statement for the 2014 Nirox Winter Exhibition, Cradle of Humankind

I believe works of art can both comment on environmental issues and contribute to the solution. We can start by learning how nature solves problems and mimicking those systems.

Historically, indigenous traditional knowledge of medicinal plants has sometimes been exploited by various institutions – pharmaceutical companies used the knowledge without crediting or financially rewarding the holders of the knowledge until regulation was legally implemented. Resources have also been exploited by rural communities in order to make a living. The wealth of traditional knowledge held by many communities throughout the world is often under-valued.

Through making the proposed artworks I want to better understand this relationship and use the arts to visually research it.  For the Nirox Winter Exhibition 2014 I worked on sculptural portraits with traditional health practitioner theme. I gravured the portraits into stone. They were acclaimed and acknowledged, but possibly un-proclaimed traditional healers whose photographs appear in the public domain.

I collected stone unearthed from a farm adjacent to the village, across the road from Nirox. I started by visiting the village with staff that work at Nirox and then invited the elders and the teachers of the community to visit the park –through following cultural protocols.

I realised that the act of making artworks is a neutral attractor of new audiences. I take into consideration the advice I received from social ecologist Dr Jenny Botha and ethno botanist Dr Vivienne Williams from WITS to be very aware of the positive and negative impact such programs can have on a village. People in the village have had limited opportunity to visit Nirox and this was a lovely opportunity to do that. Four members of the local community joined me on an artists’ walkabout in July 2014 along with the usual supporters. The elder use to carve wooden sculptures and never realised that he could make a career out of being an artist.